Capturing a screenshot on an Android device is pretty simple. Press the unique button combination on your smartphone or tablet and you can capture and share a screenshot in a matter of seconds. A handful of new smartphones feature a scrolling screenshot option which allows you to capture an entire web page, your app drawer or even a long conversation within your favorite messaging app. There are a few Android apps on Google Play which give you the option of manually stitching multiple screenshots into a single image, but we’re going to show you how simple it is to emulate the scrolling screenshot feature using an app called Stitch & Share.

Then how to Android and iOS users which doesn’t not support taking scrolling screenshots? Well for that you do not have to be discouraged because you can also take scrolling screenshot with the help of application without root and follow the following tutorial:

How To Take Scrolling Screenshot in Android and iOS

According to the authors LongScreenshot is easier to use.

3. After Opening Longscreenshot app There will be a  icon sign +. 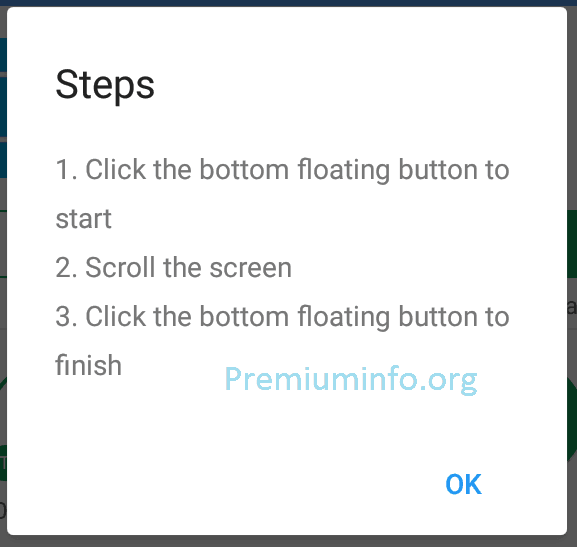 5. Scroll down the screen to fit the screenshot to be retrieved.

6. Tap the stop icon to complete, then automatically you will be redirected to the gallery LongScreenshot to see the results. Done.

Scrolling screenshot has limit of 4-5 pages of snap length so it can not take too long.