Discord is well-known as the best voice, text, and video chat platform for developers, gamers, and influencers. Discord is the most used VoIP application. The gamers use this application to communicate and coordinate via private servers with other players during the gaming sessions. With it, gamers or users can chat, share video, audio, and text with other users. Here we will discuss How to Fix discord screen share no audio. 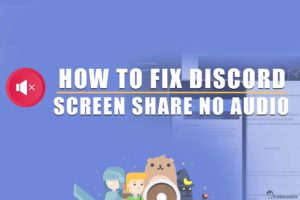 The Screen Share Functionality feature of the Discord app allows the users to share their screen with their friends. After introduced this feature, we received many reports from the gamers or users where this feature was not working. Initially, it was built for a gaming network but presently, this is used as a method of communication between groups of people. Discord Screen Share No Audio problem has now become widespread on Windows 10, 8, 8.1, or 7.

We will go through all the possible causes and the solutions to fix the issue of Discord Screen Share Audio Not Working.

Discord Style: Create Strikethrough and Other Stylized Text in Discord

Some applications are not compatible with the Discord algorithm. In such cases, the users face a discord sharing screen with no sound error. Thus, the users have to look out the alternatives to overcome this problem.

Sometimes, this issue can occur if there is no route for the discord app to transfer voice. To fix this, you have to make required changes to the voice settings.

Sometimes, the user’s system contains faulty discord legacy audio drivers so that you can face no sound screen share issue. Like other audio apps or softwares, the discord app also uses Audio Drivers for sharing audio.

The discord screen share feature requires administrative access to your computer system. So, you have to grant the administrative permissions to fix discord streaming with no sound problems.

Antivirus can cause damage to the Discord files. In this situation, you need to disable the Antivirus to solve the error of no audio screen share.

How to Fix Discord Screen Share No Sound Issue

Many users are experiencing Discord no audio issues while streaming their screen. The screen share discord no sound issue can be caused due to discord screen share not loading, discord not loading on PC, faulty audio drivers, stream incompatibility process, audio feature problems, inappropriate applications, antivirus issues, and many more. So, we are going to discuss several solutions to fix the Discord Screen Share No Audio problem that follows as:

Usually, Discord automatically detects the activity which you’re performing. But in some cases, the app confuses when the users are screen sharing between applications and games. So, the developers released a feature where the users can select the specific game or application which they want to focus on. We will use this feature and see if this solves the discord with no audio issue. Fix 2: Give the Administrative Permissions to the Discord App

Before the Screen Share feature on discord, the discord app worked correctly and perfectly. But after loading too many resources on it, the “Discord screen share not sharing audio” issue has become a huge concern. To resolve this issue, grant the administrative rights to the Discord. Let’s have a look at it: Some installed applications can stop the discord from working perfectly. So, if you find the problem of discord screen sharing no sound occurs only after newly installed third-party applications you need to uninstall or disable the problematic application or software. Steps are:

The temporary cache files may cause discord audio not working issue. To fix it, clear the cache files from your device.

The discord developers release the regular updates of the discord to fix its bugs. When you share the screen and audio issue occurs that means a recent update has stopped the discord app from working correctly and the latest update is essential to fix it. Follow the guidelines to check the recent update of Discord:

Fix: How To Fix RTC Connecting No Network Error on The Discord

If the audio driver on your computer system is corrupted, outdated, and missing, then the discord screen sharing feature will have no sound. So, you have to download the latest version of the audio drivers. You can also try the Driver Booster that is the top-notch driver tool. This tool helps the users to fix the audio problem automatically.

After configuring the latest driver for the microphone or speaker, open the discord and share the screen to check the audio is available or not.

In some cases, the discord’s voice settings are corrupted which gives rise to this no audio problem. So, you have to follow some steps to reset the voice settings of it to make it as usual.

After resetting the voice settings, close the discord and then re-open it. Now, check the discord screen share sound not working will be fixed.

Restarting your system is a powerful way to fix discord audio not working issue. A quick reboot can easily solve a sound problem on discord screen share. It is because of that some processes or programs are running in the background that will cause conflict with Discord and the users can face this issue. But after restarting the system, re-open the Discord App to verify if the issue persists or not.

With all-above mentioned solutions, you can run your discord screen share sound feature smoothly without the interference of third party applications. Hopefully, all these fixes are efficient and enough to resolve the discord with no audio issue. If one solution is not able to resolve discord no audio issue, then you can use another solution as per your convenience. 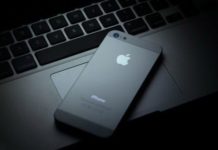