Some people don’t like default ringtones in their smartphones and often people need to customize their own ringtone as their wish. Still, they have plenty of apps to make a ringtone but they have little confusion for selecting a perfect and best ringtone maker apps. So we made a test for some ringtone maker application which performs well in all aspects. Most of the people getting irritated when they receive a call with an annoying ringtone also makes their mood worse. So we made an article for the best ringtone maker where they can pleasantly customize their ringtone.

Here, the below points are the standard features that are present in the Ringtone maker application.

Just go through our below some of Best ringtone maker application which will help you to find the best apps among plenty of application in playstore.

These are some best 7 Ringtone maker apps for Android Smartphones. You might have seen this MP3 Cutter and Ringtone Maker in the playstore. Yes! This is the popular application for android users and everyone goes for audio editing. This app helps to work even easier there you can easily merge, Cut the audio, mix music, etc. The best part of the application is you can customize your alarm and notification tone.

Other Stuff about MP3 Cutter and Ringtone Maker 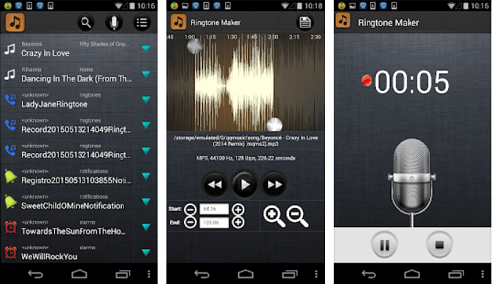 Ringtone maker is one of the top–rated application for editing the audios. It is elegant to use and it has many powerful tools to edit and record your own audio. Well! It is the best application when compared to other audio editor apps and it’s based on my personal opinion about this app.

Other Stuff about Ringtone Maker This app has a large database of millions of ringtones there you can select randomly and keep it as your default ringtone. This application helps you to reduce the job of editing the audios. Even you can customize your audio files and many more options available in this application. It has a huge library that consists of 4k wallpaper and HD audios.

To Install this application for audio editing, click the link below. I know you pretty excited about the name of this app. One of the most interesting app to edit. Most of the peoples wish that the audio and video editing in the same app so they can save the RAM. This app allows you to customize the audio or video files of trimming, merging, etc. and also this is the best app to edit both audio and video formats.

Other Stuff about Timbre The RSFX also called as Ringtone Slicer FX. This app is pretty reliable when it comes to cutting clips from files. Also, you can customize your favorite music in this app and you can create your library of ringtones, notification and alarm sounds. It has a good user interface that consists of color schemes and different themes.

Other Stuff about Ringtone Slicer FX 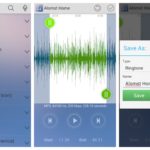 Other Stuff about Ringdroid 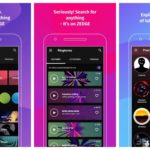 Zedge one of the best app to edit ringtone more than that this app provides some additional HD wallpapers also you can set those images as your default wallpaper. Also, it has some more additional features like video background, alarm sounds, ringtone, notification sounds, and stickers. There are around 300 million users available for this application.

Other Stuff about Ringdroid

There are many questions asked frequently about the ringtone maker app. Let’s see some of the questions and we will give the explanation for the question.

How to Edit Audio for Ringtone?

Most of the people asked this question, how to edit audio for ringtone? Let’s choose one app among the above apps. Now I gonna use the MP3 Cutter and Ringtone Maker application. Just follow the below steps to edit audio.