PremiuminfoTech Guide that Matters
More
Tech Info The VPN: What It Is, and Why You Need It
Facebook
Twitter
Email

Nowadays, consistent network security is a necessity. Whether we’re at home, at work, or somewhere in between—our devices send, negotiate, and receive data to and from the online world’s many locations. Because of this, it’s difficult to determine who can see your data—as opposed to faceless websites. 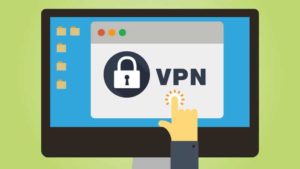 VPN is mostly used to hide your IP and hide your original privacy data while accessing online content.

Also check: How to Install A VPN on Your Router

Needless to say, finding a person’s digital data can open floodgates capable of even extinguishing firewalls. While the best defense against cyberattacks is to stay well-informed about the industry and to keep up safe browsing habits, it’s still possible to become a malicious user’s next target.

A VPN can be explained very simply. A VPN is employed to keep its users safe. Let’s check out the details covering what a VPN is itself.

‘VPN’ stands for Virtual Private Network—and it works exactly as its name suggests. A VPN provider offers an alternative way to browse online by allowing users to pass through their network—rather than using their own IP address.

When it comes to potential data hacks, this provision eliminates most threats from the equation completely: If a malicious user happens to be eyeing your data trail, either on a public or private network, they’ll encounter your VPN provider’s IP address instead.

VPNs also encrypt their subscribers’ data. This means it’s rendered completely unrecognizable, unreadable, and—most importantly—unobtainable to any individual or group which shouldn’t have access to it.

Here, it’s important to note that a lot of VPN providers even have strict, no-logs policies. These policies push the protection buck even further—assuring clients that, no, even the VPN server owners won’t be following your data footprints.

Why You Need a VPN

Cybersecurity threats might seem far away, but they’re all around us—we just can’t see them. If you’ve never faced a tech-related information threat before, you’re pretty lucky. Today, approximately 80 percent of all hacking breaches involve the use of ‘brute force’ attacks—or assaults on one’s network via mass-generated password guesses, alone.

To Beat Hackers, Avoid Them From the Start

This is pretty concerning, as it seems even the baseline tools within a modern hacker’s arsenal are still pretty effective. The best way to stay safe in dangerous online climates is to use a VPN, as it’ll guide you around such threats rather than face them in the first place: You’ll avoid powerful, and otherwise direct, brute force attacks against your data-containing device. You’ll also be protected from some of the more advanced hacking tricks of the trade.

To Avoid Them Effectively, Know Where They’ll Be

His concern has grown so large, in fact, that even large corporations are doubling down on web security measures: Major brands and local businesses alike are getting hacked every week. By and large, any company which isn’t Google, Facebook, or Amazon faces a dangerous online world. If you browse online shopping deals—or even local business locations via Google, for that matter, these statistics are concerning.

In essence: The average consumer isn’t very safe digitally when passing through unprotected Wi-Fi networks during the day. If you want to avoid cyber attacks during your daily travels, it’s a good idea to safeguard your information via the encryption and separate IP address a VPN can provide.

To Stay Secure, Protect Every Device

Here’s something to consider, even as a private Internet user—or one not operating beneath a business’s network safety umbrella: As more devices are used to connect with the Internet, more safety concerns appear. If you’re like most people, you probably use a desktop computer, a smartphone, and even a tablet. Each of these devices can become a hacker’s newest target—and each of these devices can fail in protecting your data.

VPN services don’t stop at desktop coverage, as the best providers offer multi-device support. So even if these devices span across handheld, lap-based, and sit-down devices used in tandem. As such, you needn’t worry about leaving your home’s digital defenses—like a smartphone. Also, VPN will seamlessly extend server and encryption coverage while you go about your day.

Explore some VPN providers, and check out the different services they have to offer. While the core components of a VPN won’t change from provider-to-provider, some of the cooler customization options you’ll find might not be featured everywhere.

All the same, each customizable option out there is fantastic.