There are a lot of websites dedicated to free games. Actually, there are different kinds of free games.

The vast majority of free-to-play games are also “freemium” games. What is a freemium game? It’s basically a free game which requires the player to pay micro transactions for “premium features”.
The very definition of freemium covers a broad range of games: from MMOs to simple, and often old, shareware games.

A freeware game is a game available for free (doh!), no payments are necessary. Freeware doesn’t mean that you can do anything with it. For example some freeware games can’t be re-distributed without the owner’s permission.

A liberated game is a game originally released as a commercial product and no longer sold; sometimes the developer (or the publisher) re-release the game with a freeware license, hence the term “liberated”.

Usually, a game becomes liberated in an attempt to create hype and gather the interest of people towards an upcoming sequel (for example, the BattleCruiser series).

Sometimes the liberated game is so old that the developer, no longer interested in making money out of it, makes both the game and the source code available.

Best Sites To Download PC Games For Free Without Paying

Every time while searching a large size game, the very first website i visit is Oceans of Games. From low end to complete high end games can be found here. Every games are uploaded on their own server. You wont face any issue while downloading large file from this site.

You can also find most of the games from this site, Comparing with previous site its below average. Since files can only be download in Separate part if it exceeds 900 mb. So you might feel some difficulties.

Skidrow & Reloaded also best site to download pc games for free. They use many servers and host to upload pc games. Like FTP, Torrent, Uploadfiles, Megashare, Zipshare etc. So there wont be any issue while download files from this websites.

Steam displays games with ease, is the best place to download the game there is also a paid version and a free version where you can play it directly on your laptop pc. To download PC / laptop games from Steam, you only need the software first installed on the computer. Then open Steam and find the preferred game.
Stream 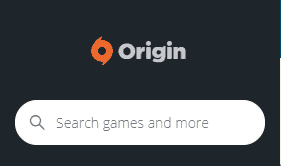 Origin is the site of major game providers, mostly made by EA, which can be downloaded in trial version. If you are going to try heavy games like Battlefield 1, Mass Effect: Andromeda, and other heavy games this is the place. In addition to the trial period, it also provides free beta games. The beta version means that the game is still in development stage. SIMS 4 is one of them. Origin also provides games in the free version. But the numbers are very small because most games are from EA (Electronic Arts) only.

CNET.com is a well known website with software and games reviews. In addition to providing download links from various software, either directly (offline installer) or online installer, CNET also provides a variety of free and paid games / Free. CNET has the only advantages of its complete review.

GameTop.com provides absolutely free and legal games for download. Graphics and gameplay of the game is enough to spoil the eye. Here are many games like 3D racing games, puzzles and quizzes, FPS wars, 3D zombies, 3D football, and more. In addition to PC or laptop also provides free games for Android.

This website has long been the most popular game download place for mobile users long before smart phones used it. In addition to presenting mobile games, Softonic.com also presents free games for PC.

GTA SA, GTA Vice City, ROBLOX, PES 2017, and other games can be downloaded for free here. Although not all free, Softonic.com provides other small games that can be freely, for free, and legally played.

Above are best sites to download pc games for free, If you still have any other best sites. Dont forget to comment the link so others could know. Thanks for reading and don’t forget to share this article.