Best Android games in play store is quite a lot. After many years since the trend is to use Android, to this day there are games being released either free or paid from various game developers around the world. Speaking of Android games, which is the best android games and which are not can be fairly complex. Consideration of a matter of taste and popularity often obscure the real wishes of those who want to download and play games from PlayStore. However, as a material consideration, as I am sorting based on the number of users and the rating PlayStore itself. Like it or not, this game is very popular. Played by many people from different parts of the world, including India. Games developed by developer Supercell, indeed addictive in play, there is always a new feature in every update in this game. Suitable for those who are fond of the concept of strategy, building cities, army, and combat tactics. To this day, Clash of Clans enthusiasts continues to grow and the application itself always had an update from the developer.

Game Clash of Clans is unique because it comes with four different genres that are packed into one so as to create an atmosphere addictive game. Genre of strategy, action, simulation, and make the castle defense game Clash of Clans remain attractive until now. This game is not just to build a defense of the army through the barrack-existing barrack. But also an attack against the Goblin. As a 3D game, Clash of Clans is a game that is packaged in an extraordinary way. Especially when it began building a “gold mine”, there are points to be earned. Hayday game is the best game in PlayStore Developed by a company that also makes the game Clash of Clans is a super cell. This game seems to have a lot of loyal fans and even suitable for different ages and gender. The concept is to build a farm, ranch, taking care of second harvest the land, spreading land, manage the store, and built a business empire. Their mission is very simple but will not be as easy as imagined. This game was not merely desirable as a simulation, but completely drain the ability to think and manage the assets that might be traded. I personally have to give a little.

Interestingly from hayday, although free he was able to spoil in terms of features and graphics so do not make eye so saturated made. Although designed in a simple system, this game proved already attracted a lot of players from different parts of the world. It is hard to imagine the game without the Internet, and because of that, Hay Day became one of the online game that is highly recommended because it had a good rating. Please download it yourself directly from PlayStore and make farm and ranch wide.

This game is very unique and different than any other game in PlayStore even when the game was first released by the developer Niantic, he immediately became so trending topics in various parts of the world and downloaded more than 10 million users in its first day. Apasih the highlights of this game? pokemon go is a game that utilizes the GPS feature in your smartphone and cast a monster monsters in a variety of specific points. Well, your task as a user is looking for and hunt down the monster of monsters so that the players act like pokemon ash ketchum main character. Please download this game and hunting the monsters that are near your home, but be careful so keep your eyes around you when playing this game, the point remains focused on your surroundings and keep your own personal safety. The game is still relatively new, released by Supercell. However, its popularity quite rapidly in recent months. Designed as a multiplayer game with battlefield comprehensive, strategic, and often presents a remarkable surprises. Matches played if it is bored or want to find another atmosphere of Clash of Clans. Although the characters also figure Clash of Clans well, but what distinguishes it from your coc is indeed a direct duel with your opponent online for the crown, trophy and glory. Games sled on snow is always not boring to play. This game is basically simple, but that makes it fun is the variety of challenges that seemed never-ending for sliding on the board. Moreover, it also offers various types of background skate spot plus various levels of stressful challenges. Matches played for pleasure or while surreptitiously chance while refreshing. Of the many games that can be downloaded from the Android PlayStore, this is one that is often played. Even gameloft game made are the most popular racing games on android and ios platform and today and played more than 200 million players.Indeed, there are some limitations that very much when compared with the version (PC and console). But played in the most recent version of Android yet, this game is very satisfying. Racing events of various cool cars brings tremendous challenges, including a preoccupation modify own vehicles according to taste. If you are indeed a racing game enthusiast then it is advisable to download this game, because it has been proven to be the best game in PlayStore (editor google PlayStore choice) for the version of the racing game. 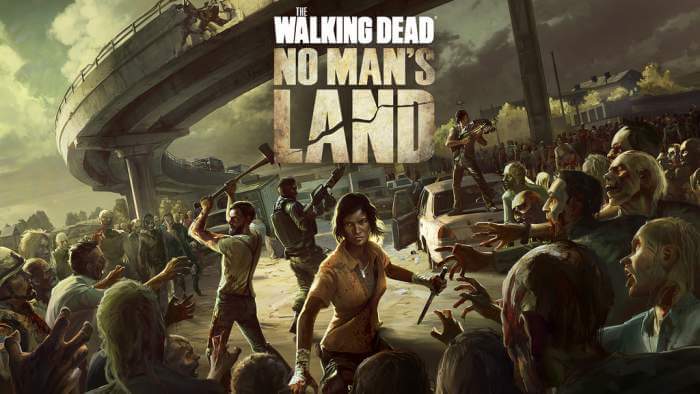 The theme of war against zombies never boring to play in a game. Number of games with this theme very much at all in PlayStore. But to find the best or fitting if it were quite difficult. Well, The Walking Dead will really spoil the fans against zombie-themed games. Make a team composed of several characters to restore the honor of mankind. This game genre strategy and ideal for those who are fond plays race tactics and build speed. The plot about the world on the brink of collapse due to radiation. In order to maintain and protect the civilization of mankind, players must design and build an underground world. Pretty exciting and guaranteed not to be boring.

Developed and released following the success of previous versions, this game comes with more graphics and storyline challenging okay. Players can choose the solo or multiplayer mode and are confronted with a series of heavy mission. With the quality of the graphics is increasingly optimized, Modern Combat 5 Blackout is one that is recommended for fans of action games on Android. Still remember the classic game XCOM? Yes. This is the latest version that is designed as a remake of his project to android and ios platform. Of course there are many changes and developments in technology, adapted to the context. Its main mission is to fight against the aliens that are invading Earth. Is a fusion of game tactics, strategy, and action at the same time. It is suitable to be played in a rather long time. But which is unfortunate from Xcom is this game is a premium game that asks you to buy. Why not? The gameplay is very light and popular in this PC also comes in a version of Android. Even already up to version 2. The most exciting thing about this game is how we have to solve a series of puzzles in the limited time because of being attacked by zombies. Until this year, the number of people who download it continues to grow. Yes. As per the title, this is a game in which players assume the role as a hero who fought against the dragon. Each dragon has faced different levels so that adds excitement during the play. Graphic quality is very okay and guaranteed not to disappoint even played in a smartphone screen. Please download it directly from PlayStore and play adventure to conquer the dragons in a fantasy world.

Theme of the strategy in an online game is always interesting. Because it can be played practically on gadgets and not heavy.Game of War also offer things that are similar to two games above, but have slightly different characteristic. The reason, the theme is styles legends and myths like yag can be found on the kingdom and its weaponry. For issues with the graphics, the game is unquestionable because it is designed as a best style to play in the gadget. That is, the quality is satisfactory and can be downloaded directly from PlayStore. Please watch alone trailer I gave above and see for yourself the quality of this Game of War.

This game is the best game in PlayStore for those of you who like the thinking in solving a problem and is also suitable for those who are fond of detective game genre. You will be confronted with a series of criminal cases such as murder, rape, and corruption that must be solved. Reportedly, this game has been played by more than fifty million people from different parts of the world, including Indonesia. Live your own check in PlayStore and if interested in playing please download Criminal Case.

Imagine that you are an athlete who is attending the cycling great competition. Well, that’s the main story line of this game. Its main mission is very simple. You have to win bike races as much as possible. In addition you can also do a variety of attractions when riding your bike either on land or doing jumping. How to play easy and can be downloaded directly from PlayStore.

Yes. This is the superhero-themed game in the team Avenger. You can choose any of the characters, such as the Hulk, and fight against the enemies that challenge. As an action game, Avenger Initiative rather popular and very fun to play. The game application can be directly downloaded from PlayStore.

This game action genre with a number of missions and severe challenges facing the zombies. Players will be provided by a number of weapons that can be used according to specifications. Designed with the concept is not new in the gaming world, but it’s always interesting to be enjoyed especially with fun graphics quality.

Well, that’s some of the best android games in PlayStore that might be attempted. Of course there are many other options because everyone has different tastes. At least, there may be some interesting selection of the best games in play store.