In this digital era, QR codes are very handy to identify objects or things made. And it’s a 2D code that can literally be scanned by any camera that captures it, for example, it can be scanned from smartphones, QR code scanner, webcam, etc.

To make this even better now they can easily be scanned by every android, ios smartphone, that literally dominating the world right now. So you need a better app to quickly scan and read the barcodes you scan using your mobile device.

And here are the best free 7 QR code scanner to make sure you never mises the accuracy and quality of the QR scanning ability of your device (both android and ios).

Everyone carries their mobile device with them all the time, so it’s very important to have softwares that decodes the information from code (credit cards, from a website, videos, etc). And there are many developers out there making many QR scanners in their own algorithm, but still, you need to have at least one right.

Also, the app has additional features like saves the QR codes for future usability, scans many types of bar codes, UPC, ISBN etc.

These are the best 7 apps that you will ever need if you think about QR code scanning using your Android or iOS. And all the apps in this list are completely free, so let’s dive into it reak quick.

Many smartphone makers include the QR code scanner app by default in their android or ios operating system. The default one is always the best and easy way to scan any QR Codes instantly since it comes pre-installed.

Some of the top devices that are having this feature are listed below.

Yeah, this first one makes the entry for android only, but soon we may see this on iOS as well since this app is rocking on Android and one of the best QR code scanner app in the market, pretty it scans everything you throw at it.

This is the essential app for your android devices if you don’t have your default QR code scan reader. The capability of this QR and barcode scanner is that it lets you to scan without pressing any buttons or adjusting the image.

Also, by using this app you can scan anything like text, url, ISBN, QR PIN, contact, calendar, wifi passwords, and many exclusive digital code formats.

Even though this app has lesser downloads than the above app this app better positive and ratings compared to the previous app. And also this app is available for both Android & iOS respectively.

This QR code scan reader also automatically scans any barcode you scan without pressing any button. Similar to the previous app this app scans UPC, EAN, ISBN and also shows you the ratings, reviews, price about the products you scan.

All you need is a built-in camera or any external connection to your smartphone. When scanning websites or purchase codes that will redirect you to online content so you need to have a good internet connection for faster results.

You guys all probably may know about Kaspersky since it’s one of the best security software available in the market. This security giant now made a QR code scanner app for both Android and iOS devices.

The coolest thing about the Kaspersky QR code scanner is that they have huge database library to scan everything that has a barcode in it. Also, this is not the fastest but again this app is safer and secure. If you’re the one who concerns about getting viruses on your devices, then this app i the right choice for you.

Once you scan anything using this app, it stores that information on your device or cloud to easily access the past links, images or barcodes.

Hands down, NeoReader is the most simple and fast QR code scanner in the market. And it’s completely free, unlike others this QR scanner doesn’t even have Ads on their app.

I literally had no problems at all using this app and the only thing I can complain about this app is that it lacks good user interface, yeah this app is already the best QR code scanner app for android and ios but it can be made better by updating the UI. 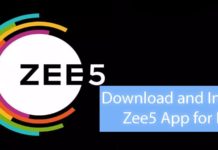 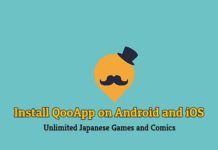 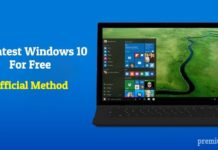 Get Latest Windows 10 For Free in 2020 | Easy Official Method